USS Archer-Fish (SS/AGSS-311) was a Balao-class submarine. She was the first ship of the United States Navy to be named for the archerfish, a family of fish notable for its ability to project a powerful spout of water at its insect prey. Archer-Fish is best known for sinking the Japanese aircraft carrier Shinano in November 1944 � the largest warship ever sunk by a submarine. For this achievement, she received a Presidential Unit Citation after World War II. During World War II, the boat’s name was spelled with a hyphen, but when she was recommissioned in 1952 the hyphen was dropped.

In early 1960, Archerfish was chosen to participate in Operation “Sea Scan”, a scientific study of marine weather conditions, water composition, ocean depths, and temperature ranges. She entered the Philadelphia Naval Shipyard in January to be specially equipped for this new mission. During this time, the vessel was redesignated an auxiliary submarine, with hull classification symbol AGSS-311. Embarking a team of civilian scientists, she commenced the first phase of “Sea Scan” on 18 May. On the cruise, the submarine visited Portsmouth, England; Hammerfest and Bergen, Norway; Faslane, Scotland; Thule, Godthaab, and Julianehab, Greenland; Belfast, Northern Ireland; and Halifax, Nova Scotia, before mooring at New London on 3 December.

After six weeks of upkeep, Archerfish got underway on 20 January 1961 for the Pacific phase of “Sea Scan”, transited the Panama Canal on 6 February, and proceeded via San Diego to Hawaii. She left Pearl Harbor on 27 March. During her operations the submarine visited Yokosuka and Hakodate, Japan, Hong Kong; Subic Bay, Philippines; Bangkok, Thailand; Penang, Malaya; Colombo, Ceylon; and Fremantle, Australia, and closed out 1961 moored at Yokosuka.

Phase two of Operation “Sea Scan” continued during the early months of 1962 with operations in the western Pacific area and port calls at Sasebo, Japan, Guam, and Cebu City, Philippines. Early in March, the submarine completed phase two and proceeded via Pago Pago to Pearl Harbor. On 27 April she entered the San Francisco Naval Shipyard for overhaul. After completion of overhaul, the submarine moved to San Diego for a two-week upkeep. She then commenced phase three of “Sea Scan” in the eastern Pacific area, with stops in Pearl Harbor and Midway Atoll, and returned to San Diego for the Christmas holidays. 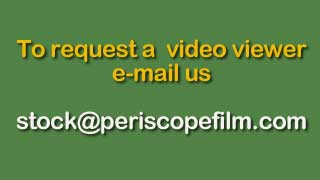 Thanks for your interest in the Periscope Film stock footage library.  We maintain one of the largest collections of historic military, aviation and transportation in the USA. We provide free research and can provide viewing copies if you can let us know some of the specific types of material you are looking for. Almost all of our materials are available in high quality 24p HD ProRes and 2k/4k resolution.

For Downloading, you must Login or Register